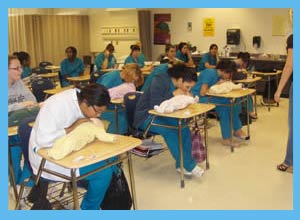 Truth be told, there is no such thing as an Official CNA exam. Many people are lead to believe that there is just on CNA exam standard like there is for the ACT, SAT or GMAT. However, due to different state regulations and means of measuring a certified Nurse’s level of comprehension, there is no single CNA exam.

When thinking of a CNA exam, think more like the Bar Exam for lawyers. For every state you want to work in, you must pass that state’s respective exam. However, unlike the Bar exam, the information on each exam doesn’t really differ that much. There really aren’t a different set of laws or differences in the roles that a CNA plays in the hospital. So instead, you get multiple different versions of the same test. What a hassle.

However, over the past couple of years, more states have started to adopt the National Nursing Aid Assessment Program, or the NNAAP. Created by the National Council of State Boards of Nursing (NCSBN), this CNA exam standard was made so as to ensure continuity between CNAs and their level of nursing.

Furthermore, by having a standardized version, those states that adopt the NNAAP, would also accept the test results of any other CNA who tested using the NNAAP state standard. For example, if you took a NNAAP test in Colorado, and then transferred to Georgia, another state that uses the NNAAP standard, then you wouldn’t have to take the test again. However, if you transferred to Maine, a state that doesn’t accept the NNAAP standard, then you would have to take Maine’s version of the exam before you could register as a Certified Nursing Assistant.

What States Accept the NNAAP

As was said previously, the number of states are growing each year. As of this publication, there are 21 states and 4 jurisdictions. The below picture shows each of the NNAAP using states and the four jurisdictions:

What is Harder, a State CNA Exam or a NNAAP CNA Exam

While we at the CNA Exam Cram haven’t taken every state exam, we can still say that the NNAAP exam is the hardest out there. We have on good faith and from others in the field, that the NNAAP test is the most comprehensive and is the most difficult of them all.

And if you think about it, it makes sense. To create one test that other states would unify under, you would need to provide a better and stronger testing apparatus. You would need to display a higher level of credibility and prove to the state that they are better off using your exam instead of their current state specific exam. Furthermore, an organization like the NCSBN, has a long history of excellent products and has been in the business of nursing assistants for years.

Sadly, only half of the states except the NNAAP standard. This means that if you move, you will have a 50/50 chance of having to take another test, regardless of your years of experience. If you haven’t taken a NNAAP test, we recommend your try ours free version. Because the NNAAP test is the hardest and most credible of them all, we created our CNA practice test to mimic this in order to give our readers the best chance of scoring well on whatever CNA test they take, NNAAP or a state specific exam. 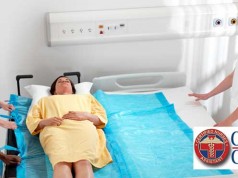 CNA Skills Set: Moving a Resident from the Bed to the Stretcher 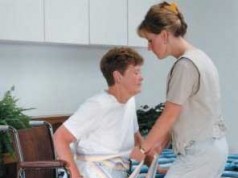 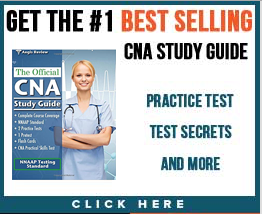 Basics to Being a CNA

1.What is a CNA
2.CNA Responsibilities

3.Requirements to Become a CNA

Preparing for the CNA Test

1. Start by taking a CNA Pretest
2.CNA Practice Tests
3.The Best CNA Study Guides
4.How to Prepare for the Practical Portion of the CNA Test


How to get Hired

1.How to Write a CNA Resume

2.How to Write a CNA Cover Letter

We are a participant in the Amazon Services LLC Associates Program, an affiliate advertising program designed to provide a means for us to earn fees by linking to Amazon.com and affiliated sites. See Affiliate and Legal to learn more about our operations.